The Office of the Public Sector Integrity Commissioner (PSIC) has recently published the results of a survey it commissioned, exploring federal employees’ awareness and knowledge of PSIC, and, as a result, their willingness to blow the whistle on wrongdoing that they see in the workplace.

The survey confirmed that, after 15 years of operation, PSIC is still virtually unknown to those it is supposed to protect and, to those who know about it, is not trusted to do its job.  These perceptions mesh closely with the reality.  The Canadian federal whistleblower regime is worse than ineffective. It is immensely destructive: a trap rather than a safe haven for whistleblowers, and a sure-fire cover-up system for wrongdoers.

The survey took the form of nine virtual focus groups covering both staff and management in a selection of departments. Similar surveys were carried out in 2011 and 2015. Not much has changed over the past decade: most of the recent results are eerily similar to previous surveys. For example:

Where answers were different in this survey, they were generally for the worse. For example:

In 2011, when asked what would change their views of PSIC, one participant responded: "Show me that these stories have happy endings. Show me the discloser who got a promotion and the wrongdoer who lost his job." But PSIC could not do so then, and still cannot -- because there have been no happy endings for whistleblowers, who nearly always lose their job, their career, and their livelihood.

In fifteen years of operation, not a single whistleblower has been protected by the Public Servants Disclosure Protection Tribunal (PSDPT), the only body with the power to provide compensation for reprisals. This is primarily because PSIC acts as a gatekeeper and blocks nearly all whistleblowers from access to the Tribunal. In addition, no-one has ever been punished by the Tribunal for taking reprisals against a whistleblower, even when it is crystal clear who was responsible – because PSIC usually blocks any such action too.

This lack of results has not been for lack of trying by whistleblowers: since 2007 there have been 1500 disclosures of wrongdoing, and more than 500 complaints of reprisal submitted to PSIC. Behind these statistics probably lie hundreds of unhappy endings: truth-tellers’ careers ruined and wrongdoers let off the hook, while harm to the public continues unchecked.

Although these surveys are carried out primarily to fine-tune PSIC’s communications (e.g., brochures and videos), they expose problems that are fundamental, that cannot be fixed by slick PR – problems which PSIC and successive governments have steadfastly refused to acknowledge or to address.

In 2021, a detailed study of whistleblower protection laws in more than 50 countries concluded that Canada’s was the worst in the world with a score of 1 out of 20. Several countries with which we often compare ourselves -- the USA, Ireland and Australia -- scored in the range 15-16 out of 20.

Although it has repeatedly surveyed the public service to learn about its image, PSIC has never surveyed its clients (those who have actually tried to use its services) to learn about its performance – although this type of survey was promised from the start.

It’s not hard to understand why. After approaching PSIC without success, dozens of public servants in desperation have contacted volunteer whistleblowing advocacy groups like the Centre for Free Expression, and we get to hear their stories. Almost without exception, they describe treatment by PSIC that’s dismissive, obstructive, often humiliating, and always fruitless in the end. PSIC appears to be institutionally hostile towards the people it is supposed to protect, seeming to view them as liars and troublemakers – while they apparently treat the alleged wrongdoers (often senior managers) with deference and consideration. It certainly looks as if PSIC’s leaders are uninterested in knowing what former clients think of them and are much more concerned about staying in senior bureaucrats’ good books.

PSIC appears to be essentially a theatrical production, staged daily at 60 Queen Street, where a highly paid Integrity Commissioner and many of the about 35 staff go through the motions of investigating allegations of wrongdoing, apparently to protect whistleblowers. They write policies and manuals, produce glossy brochures, videos and a website, and open files on new cases. But the unspoken mission seems to be “don’t rock the boat” by embarrassing the bureaucracy.

It’s time for Canada to climb out of the swamp that we’re currently in, and for the federal government to bring in proper protection for whistleblowers in line with international best practices. As the Phoenix payroll disaster demonstrated so clearly, covering up bureaucratic wrongdoing can cause immense harm -- not just to the few who try to stop it, but to thousands of others affected by it, and to society as a whole. The next victims could be you or one of your loved ones. 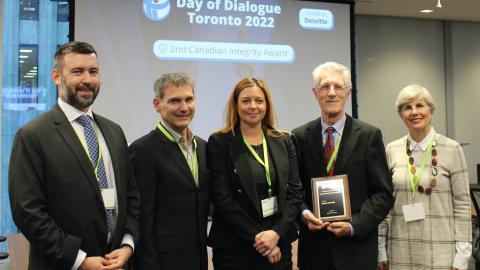 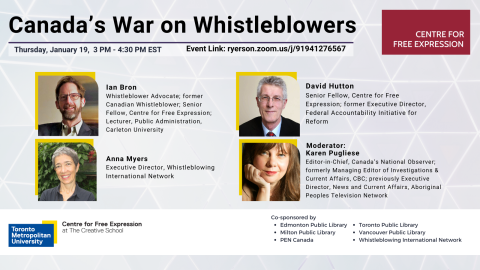