The ‘smart city’ proposal, concocted by Google-affiliated Sidewalk Labs behind the backs not only of citizens but of all our elected officials, was leaked to the Toronto Star on Thursday Feb. 15.

Much public concern had been voiced over the 16 months since the initial, secret deal with Waterfront Toronto, especially over potential abuses and misuses of data collected in the ‘sensors’ that Sidewalk Labs blithely planned to put everywhere in the ‘smart city’ district. The Ryerson Centre for Free Expression’s public forum “Whose data, whose city?”, held on January 24 in a packed room, aired many of the community’s concerns about data, but also raised larger questions about decision-making and transparency.

Even the most skeptic local observers of the ‘smart city’ plan, however, were shocked by the February 15th Toronto Star revelations. Former investment banker Dan Doctoroff, CEO of Sidewalk Labs and of several Sidewalk subsidiaries that are heavily lobbying officials at all three levels of government, was happy to publicly admit, in the wake of the leak, that his ‘smart city’ would not work in the small space of Quayside (the only land under Waterfront Toronto’s control), and that the much larger area of the Portlands was in his sights.

In both the leaked document and the rather similar but perhaps less insulting officially released presentation, Doctoroff talks as if he were the sovereign of the whole waterfront, by divine right. Google mother ship Alphabet, citizens are told, is going to privately finance a new LRT line through the Portlands and also build “horizontal infrastructure” – perhaps meaning electricity and water and sewer connections—all with the aim of making a profit. What could possibly go wrong?

But the real shocker was Doctoroff’s blithe comment about how his private corporations would ‘share’ future development charges and property taxes. Even in the US, some municipal public-private contracts hand over revenue streams that were once municipal to private actors. But privatizing future tax revenues is a wholly new idea – one that no city government anywhere would approve, for obvious reasons. Development charges and property tax revenues are among the few revenue tools cities have, in Canada as in the US, and cities sorely need every penny they raise.

Some public officials expressed shock when contacted by the Star after the story broke. Councillor Gord Perks, the unelected leader of city council’s left, was particularly scathing, while Councillor Kristin Wong-Tam, who represents a downtown ward close to Quayside, was also very critical. Councillor Paula Fletcher, who has for many years represented the Portlands and was heavily involved in the Portlands district plan that Doctoroff doesn’t seem to know exists, was also publicly critical.

In a very blunt statement, anonymized for legal reasons but rumoured to come from Doug Ford himself, the province told the Star that “There is no way in God’s green earth that Premier Doug Ford would ever sign off on handing over nearly 500 acres of prime waterfront property to a foreign multinational.” In fact, the city, not the province, owns the vast majority of the Portlands; but, nevertheless, the provincial message prompted the Star, in its Saturday Feb. 17 front page, to use the headline “Google’s vision dead in the water?”

Notably missing in all this action was Toronto Mayor John Tory. His office released a statement on Feb. 16th that failed to condemn the naked power grab. Instead, it blandly noted that the city has not yet “received any formal proposal” –when a big part of the scandal is precisely that Doctoroff was making a presentation to mother ship company Alphabet about a plan that has not been seen by the city planning department.

Tory’s statement added that “any final proposal from Sidewalk will be given full public scrutiny”. The word ‘final’, in ‘final proposal from Sidewalk’, deserves consideration. Was Tory implying that it is fine for a private US citizen to run around Silicon Valley laying claim not only to Toronto land that the company does not own but even to the power to make transit and utility plans, plus the power to collect future tax revenues, and that the city need not worry its pretty head until the ‘plan’ is final?

What is wrong with scrutinizing, right now, not when Sidewalk wants, the plan that Doctoroff has revealed not only to the Silicon valley giant Alphabet but even to local citizens?  Doesn’t Tory feel a tiny bit awkward about a New York banker declaring himself super-mayor of Toronto, and one with super-powers that the actual mayor does not have?

Last year, Tory failed the city by only weakly and belatedly criticizing the surprise-attack provincial law Bill 5, the law that wrecked the Toronto municipal election (and only Toronto’s). This time, the big bad wolf threatening the city is not Doug Ford (at least not for now – Ford may have other private sector plans for the waterfront, just not involving Google). Today’s wolf is Silicon Valley, a wolf with a vast team of bankers and lawyers. And once again, Tory prevaricates and issues bromides instead of sharply worded clear statements.

Why does he not defend the city’s interests? Who/what does Tory support? Or who does he fear? What would be lost by clearly standing up for the city’s legal powers as well as its economic interests? Is Tory failing to speak because he’s hoping to move from mayor to Conservative premier? If so, does he really think that letting down the citizens of his own city is good training for a higher-level office?

But it’s not only Tory. Another contributor to the leadership vacuum is the young downtown councillor Joe Cressy, recently appointed by Tory to the Waterfront Toronto board. In the crazy 2018 municipal election, Cressy was supported by the same leftish community that previously supported Olivia Chow, but now he seems to be doing a Bob Rae: showing the Liberal red that is not quite hidden under a thin veneer of orange. Cressy mindlessly repeated, to the Saturday Star, Tory’s bromides about how the city will consider the Google proposal in due course.

In what world does a unilateral, unprecedented, illegal power grab by a foreign giant multinational deserve to be considered in due course and put through community consultations, as if it were a routine development proposal?

I have no idea what is holding Joe Cressy back from joining the progressive citizens who got him known, nominated, and elected. But if he’s refusing to criticize Google and their enablers at Waterfront Toronto because he’s aiming to join his pal Adam Vaughan in Ottawa, someone should tell him that this week is not a great time to get cozy with the federal Liberals who orchestrated the Google deal in the first place. In case he hasn’t read the news.

But whatever Cressy’s problem is, Torontonians have a bigger problem, which is that only a few city councillors are speaking up, and individually rather than as a united group, at a time when cities around the world that have fought and won battles against Silicon Valley (Berlin and New York City) are keenly watching us.

The Mayor’s office was certainly dysfunctional under our previous Mayor, Rob Ford: but one thing you could say is that it wasn’t silent. Who will speak up for the city now, when our provincial government has it in for us and we’re under attack by one of the world’s most powerful corporations?

During the current crisis, our Mayor sits back mouthing platitudes that normalize the Google companies’ colonial ambitions. He failed us during the Bill 5 fiasco because he’s a Conservative and did not want to fight against the bigger Conservative at Queen’s Park. But what’s holding him back now? What are the dozens of Sidewalk lobbyists who’ve been at city hall lately whispering in his ear? And why don’t we know?

In Ottawa, the federal Liberal government’s group of 12 experts who considered ways and means of limiting harms on the internet finished their meetings and released their findings this summer. The Expert Advisory Group on Online Safety concluded their 10 meetings on June 10, 2022, and released their findings on July 8, 2022.
Internet and Social Media 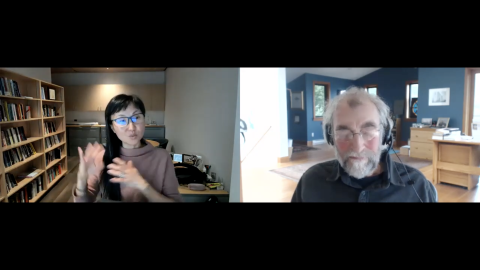 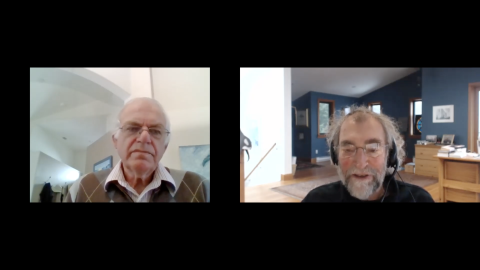