We should applaud the public outcry that recently helped to restore Saskatchewan library funding. This situation served as an important signal work needs to be done to protect libraries and the people who work in them, who are often in difficult political situations, including over the freedom of expression.

Canada’s librarians regularly address the importance and implications of expressive freedom in school libraries, in university and college libraries, in public libraries and more. Concrete examples of library work in which expressive freedom is a consideration include: author talks; collections; Internet access; use of meetings rooms; exhibits; displays; artwork; minors’ rights; copyright; social media; privacy, confidentiality, and law enforcement inquiries with respect to patron records; labelling and rating systems; metadata; and, makerspaces, content labs and other forums for content creation in libraries. Our librarians make expressive content accessible and affordable to boot. Toronto Public Library helps low-income families borrow free wireless Internet for six months at a time. Meanwhile there is every chance your local public library’s Internet access policy may be more permissive than your municipal wireless policy. Just think about that for a moment!

At the April 2017 annual Alberta Library Conference in Jasper, Alberta, I moderated a panel on the subject of reconciliation. The panellists were author Joseph Boyden, one of the conference keynote speakers, and three Indigenous members of the library community, Camille Callison, Miranda Jimmy, and Kirk MacLeod. The riveting hour we spent in the basement of Jasper Park Lodge with an audience of over two hundred people was a challenging experience for all of us, especially in light of peaking debate about cultural appropriation. Important (and strong) views on reconciliation and contributions through libraries and library work were voiced. The library community panellists each expressed individual opinions and experiences; they did not speak (and were not asked to speak) on behalf of any institution or employer. This was not a venue for the pervasive sponsored ‘best practices in my library’ library association conference talk.

What happens when working librarians in Canada end up out on a limb in defense of expressive freedom while performing their jobs? Aside from the exceptional high profile case which garners international library-based support, like that of Dale Askey (an academic librarian at McMaster University Library who defended academic freedom in the face of an unprecedented defamation suit brought against him by the academic publisher Edwin Mellen Press), or an embarrassing government labour issue covered in the mainstream media (like the Library and Archives Canada Code of Conduct debacle, which originally restricted librarians and archivists from speaking about their chosen professional work), we don’t know much (certainly not enough) about how librarians are defended and by whom.

The former Canadian Library Association’s Code of Ethics and its Position Statement on Intellectual Freedom, ideological stances first adopted in the 1970s, were both taken on board by the newer Canadian Federation of Library Associations (CFLA)/Fédération canadienne des associations de bibliothèques (FCAB), incorporated in 2016. The first directive in the Code of Ethics is to uphold the Federation’s commitment to intellectual freedom”. The now entitled Statement on Intellectual Freedom and Libraries closes with the phrasing: “Library employees, volunteers and employers as well as library governing entities have a core responsibility to uphold the principles of intellectual freedom in the performance of their respective library roles.”

The world’s oldest and largest library association, the American Library Association, developed a 2005 Resolution on Workplace Speech and a 2009 statement entitled Enforcement of the Code of Ethics. The latter states: “As a voluntary membership organization, ALA does not enforce the Code of Ethics for a variety of reasons. As a non-licensing professional society, the ALA would have two possible actions in response to a violation of the Code of Ethics: Suspend or expel a member from membership, or admonish or censure an individual or institution, publicly or privately.” Canada has never had counterpart national rhetoric on either workplace speech or enforcement of its Code of Ethics.

When librarians in the US go out on a limb in defense of expressive freedom, there is an organization to which they can turn for support - the LeRoy C. Merritt Humanitarian Fund. The Fund is, in part, devoted to the support, maintenance, medical care, and welfare of librarians who, in the Trustees’ opinion, are denied employment rights “because of defense of intellectual freedom; that is, threatened with loss of employment or discharged because of their stand for the cause of intellectual freedom, including promotion of freedom of the press, freedom of speech, the freedom of librarians to select items for their collections from all the world’s written and recorded information, and defense of privacy rights.” Canada has no equivalent at this time. While the former Canadian Library Association had a modest and largely unknown intellectual freedom fund, there is no evidence as yet CFLA/FCAB advertises a defense fund. (It is still early days for this new association.)

Academic librarians may benefit from the Canadian Association of University Teachers’ Academic Freedom Fund, as well the Association’s investigative arm to raise important questions about violations of academic freedom and due process. But what about all those librarians who work outside of universities and colleges?

Librarianship, like journalism, is a profession with an interest in access to information (including government information) and in an informed citizenry. Both professions continuously navigate information-based issues, from old ones like the right to know to new ones such as the right to be forgotten. In 2007, the Canadian Library Association selected the Canadian Journalists for Free Expression (CJFE)  to receive its Advancement of Intellectual Freedom in Canada Award. Is it now time to consider a sister group, Canadian Librarians for Free Expression? Yes. And should CFLA/FCAB take a position on workplace speech, adopt a statement on enforcing its Code of Ethics, and advertise an intellectual freedom defense fund? Yes, yes, and yes. Because librarians who may express their intellectual freedom as directed by national rhetoric could actually put themselves in peril with their local communities and administrations. The defense structure for libraries and librarians in Canada is debilitated without such measures.

PEN America has identified the 50 books that were most frequently challenged or banned in the 2021–22 school year.   CBS News briefly profiles each book (and links to PEN America’s report):
Censorship 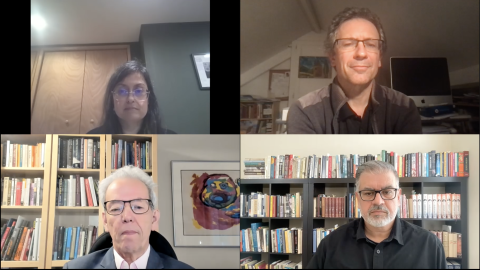 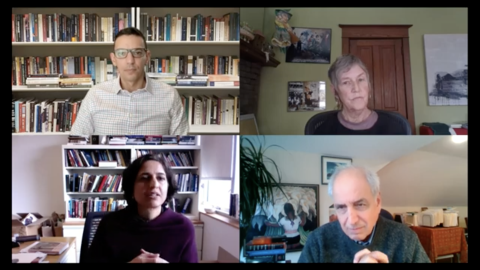