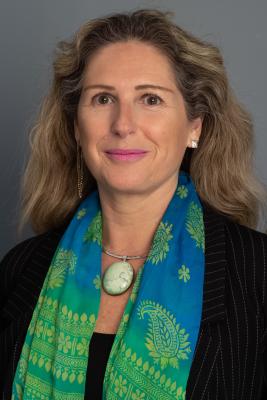 Dr. Toni Samek is a Professor and former Chair at the School of Library and Information Studies, University of Alberta, where she has taught since 1994. Toni’s books include: Intellectual Freedom and Social Responsibility in American Librarianship 1967 to 1974; Librarianship and Human Rights: A twenty-first century guide; She Was a Booklegger: Remembering Celeste West; Information Ethics, Globalization and Citizenship: Essays on Ideas to Praxis; and, Minds Alive: Libraries and Archives Now. Her scholarship has appeared in translation in such countries as Bosnia and Herzegovina, Brazil, Japan, Spain, Sweden and Turkey. Toni twice convened the Canadian Library Association’s Advisory Committee on Intellectual Freedom and served two consecutive terms on the Canadian Association of University Teachers’ Academic Freedom and Tenure Committee. Most recently she served on the Expressive Freedom Advisory Group at the University of Alberta and the Intellectual Freedom Committee of the Canadian Federation of Library Associations and Institutions. Toni received the debut Library Journal Teaching Award in 2007, a Faculty of Education Graduate Teaching Award in 2009, and the 3M National Teaching Fellowship from the Society for Teaching and Learning in Higher Education in 2012. In 2013, Toni was honoured with the University of Wisconsin-Madison School of Library and Information Studies Distinguished Alumna Award. She is the recipient of the 2017 Library Association of Alberta President’s Award, which recognizes the efforts of an individual who has made a major impact on a province-wide basis in the library field in Alberta.

Out on A Librarian Limb

We should applaud the public outcry that recently helped to restore Saskatchewan library funding. This situation served as an important signal work needs to be done to protect libraries and the people who work in them, who are often in difficult political situations, including over the freedom of expression.

The Right to Be Forgotten

Every interaction by or about a person on the Internet, whether intended as public, semi-private, or private, is vulnerable to instant digital tattooing. For this reason, the right to be forgotten is emerging as a compelling companion to privacy. Privacy, like Article 19, features in the Universal Declaration of Human Rights. Article 12 states: “No one shall be subjected to arbitrary interference with his privacy, family, home or correspondence, nor to attacks upon his honour and reputation.

Library and information workers use their education and experience to support intellectual freedom and address social concerns, such as by lobbying for copyright reform for peoples with print disabilities, exposing how commercial Internet filters are biased against sexual and gender minorities, collaborating with social workers on library services for homeless people, and fighting to safeguard cultural heritage in the context of war, conflict, and genocide. Sometimes their work comes down to a single word.