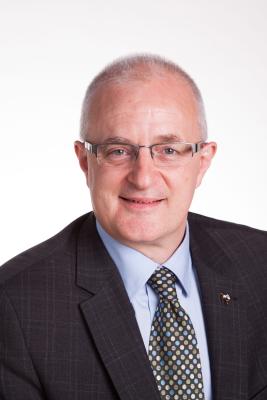 Sandy Boucher is a seasoned investigator with over 33 years of experience in both the public and private sectors.  Starting his career with the Royal Hong Kong Police, where he worked for 12 ½  years attaining the rank of Superintendent, Sandy  specialized in Asian organized crime, narcotics and money laundering investigations.  During his time with the force, Sandy received both Commissioners and Commanding Officer’s commendations for his work, as well as commendations from eight overseas police forces;  He managed and conducted a broad range of high level investigations including a number which involved corruption during this period.

He came to Canada and the private sector in 1995, and specializes in fraud and corruption investigations, background due diligence enquiries, asset tracing and recovery. Sandy now works on detecting and preventing fraud and corruption and divides his time between investigating such cases and advising organizations on how to prevent them from occurring.  He has led and conducted a wide range of investigations including a number of high level corruption probes, and has testified around the globe in both civil & criminal courts.  Since 2009, he was worked in the forensic group of Grant Thornton LLP where he heads the national investigative research, and anti-corruption practices.

Sandy has worked with many whistleblowers and has managed a number of complex investigations stemming from whistleblower complaints during his career.  He is also on the Grant Thornton Confidential Anonymous Reporting for Employees (CARE) team.  In 2015, Sandy helped to initiate the Canadian Standards Authority project to develop a whistleblower systems standard.  As Co-Convenor of the 25 person working group, he helped lead the development of the express document; “Whistleblower Systems - A Guideline”, that was published in February 2016. Sandy is a frequent speaker on whistleblower related issues and is working to raise awareness, both of the value of whistleblowers, as well as the retaliation they often suffer for speaking up.  He also continues to work with whistleblowers in his regular practice and by offering a sympathetic ear to those who approach him.