The image of the trans high school shop teacher, which was shared many times on social media by their students, was the viral sensation of the week. It shows a trans person wearing long blonde hair, a mask, glasses, bike shorts, and a massive prosthetic bust, nipples and all, under a tight, thin shirt.

Why Donald Trump Jr.? One might well ask. He claims to be teasing his sister, as brothers are known to do. But the real question that the teacher’s appearance raises is, do freedom of expression and professionalism come into conflict in this case?

Unfortunately (or perhaps fortunately) the teacher has not made a public statement about their choice of appearance. This has not stopped numbers of people from impugning intent to them. In fact, there have been protests organized outside the teacher’s school as well as directed online at the school board. Some said, “this school encourages and supports paraphilias and child groomers.” Another said, “Teach them how to read and write not how to change their genders,” and yet another said, “school not a circus.”

The school board responded. It quoted its policy on rights, including the right to equality and to freedom of expression. The Ontario Minister of Education also responded by asking the Ontario College of Teachers to review and consider strengthening its policies on professionalism.

Several people posted the school’s dress code policy for students, who must cover their genital areas and nipples. The teacher had a shirt over their bust even though nipples were clearly outlined. Should student dress codes apply to teachers as well? Does how a teacher (or a student, for that matter) dresses have an impact on learning? Perhaps. Perhaps not.

We know that students can be very focused on their teachers’ appearance. I remember a teacher whose students pointed out runs in her stockings, untied shoelaces, and commented on her outfits every day. I remember another teacher who continually wore lipstick all around her mouth, looking vaguely clown-like. To my knowledge, no one ever made a comment about it. They likely just thought her a bit odd and went on with learning the material. Teachers can invite comment, ignore it, or find their way through to creating a learning environment that works – no matter their appearance.

Now that trans people are more visible in our communities, we can expect to find them in every walk of life. Should they have to comport with what schools or other professions have deemed “appropriate?” And what does that mean on any given day?

My questions about the teacher and their appearance would be directed at their performance, not the way they look. Can they teach shop safely? Can their students learn the curriculum and how to use the machinery? Do they create a comfortable learning environment? The image of them in front of a circular saw looks like they know how to accommodate their large bust without causing damage. If a teacher was very large or had an unusual disability, would it be OK for a political leader to call for their dismissal? While the politician might enjoy the freedom of expression to say such things, we need to ask what this teaches students about tolerating or understanding difference.

We do not know why this teacher chooses to appear as they do in the photos, but we do know it was their choice. They may be attracting attention, but it does not appear to be their choice to draw the viral focus of the media and of Donald Trump Jr. Can we, as a society, stick to asking relevant questions about professional performance and let irrelevant ones go? Pardon me, but this sure looks like a storm in a bra cup to me.

Haircuts, Piercings, and Pronouns: Freedom of Expression and School Rules

School administration moves slowly. Kids, however, rarely wait for the rules to catch up with their culture. They will be expressing their identities whenever and however they can. Are there basic principles that administrators in public education can use to avoid the conflicts that they are encountering daily? Perhaps.

Know your rights: Disconnecting’s not one ‘em; at least not yet

On June 2, 2022, when Ontario voters went to the polls for the province’s 43rd general election, organizations employing more than 25 workers were obligated to have put in place a written policy on disconnecting from work; the so-called ‘right to disconnect.’ 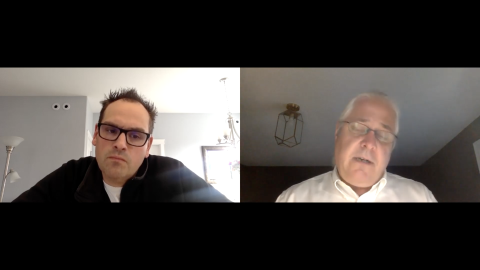 Watch What You Say! The whole world is becoming your workplace